We will be closed Monday, September 7th in observance of Labor Day. 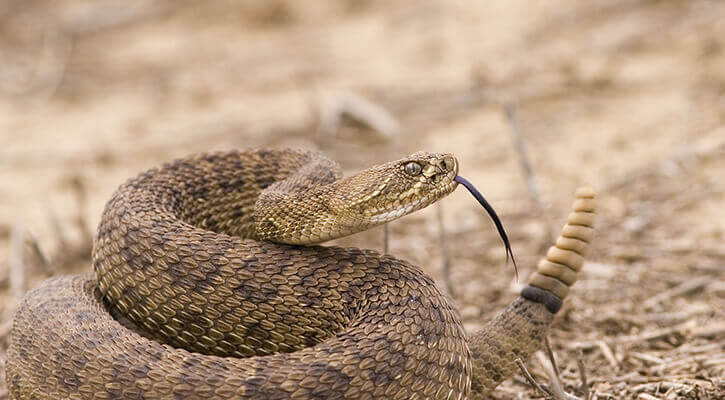 It’s unfortunate fact of life in the Sunshine State: we share our natural environment with a wide array of snakes, some of whom are venomous.

The venomous varieties include the southern copperhead, the cottonmouth, the eastern coral snake, and the eastern diamondback, timber, and dusky pygmy rattlesnake.

A bite from one of the above is often a death sentence for a pet, but it doesn’t have to be.

Because our team has seen its fair share of pets suffering from snake bites, we’ve taken the proactive step to become one of the only veterinary hospitals in the area to offer anti-venom treatments at affordable prices.

The first thing to know about snake bites and pets is that it’s crucial you bring your best friend in to see us immediately if you suspect he or she has been bitten by a venomous snake. Do not attempt to staunch the bleeding at the scene. Snake venom wreaks havoc on a pet’s circulatory system, causing potentially deadly swelling. Makeshift tourniquets or cinched bandages can cut off precious blood supply and wasting time on ineffective and even counterproductive first aid only exacerbates an already dangerous situation.

Anti-venom medication is most effective when administered in the first few hours after a bite. It boosts an animal’s immune system significantly, effectively allowing the body to defuse the venom on its own.

We’re proud to be able to offer this cutting-edge treatment for pets in their time of need. If you have questions about our anti-venom bank, give us a call at (813) 929-4100.

We have had the honor of providing the highest level of veterinary care to the community and Seven Oaks Pet Hospital is committed to providing excellent care for you and your pet family for many years to come.